Our First Commitment Is To Your Safety.

We oversee all facets of operating your aircraft and deliver an exceptional personal owner experience. 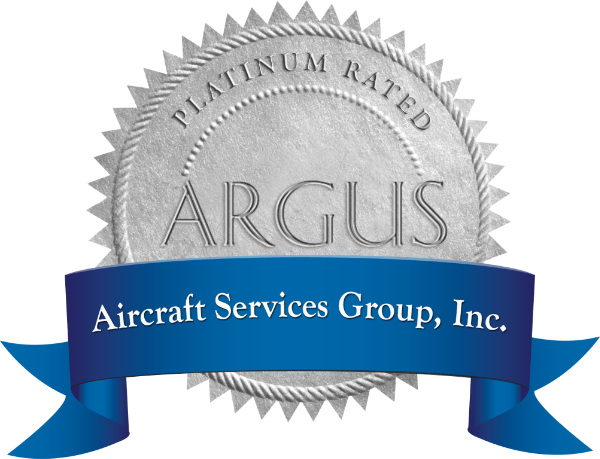 Argus Platinum – An independent aviation rating system that looks at an aircraft operator’s actual safety history and provides a grade for the company. Through the use of a proprietary algorithm, the company measures and verifies the Operator’s Part 135 certification, safety record, confirms liability insurance, pilot training and experience. Argus also verifies the completion of operator performed background checks. Aircraft Services Platinum rating means that we have completed an on-site safety audit and mean that we incorporate aviation industry best practice, policies and procedures.

Wyvern Wingman – Only an operator who has successfully passed a Wingman audit and is in good standing with Wyvern Consulting is WINGMAN Certified and may call themselves a WYVERN OPERATOR. The Wingman status requires pilot and maintenance personnel training and experience that far exceeds regulatory minimums. The scope of the Wingman audit includes a review of the Company operational history, safety record, operational control, security, company manuals and maintenance operations.

NBAA Founded in 1947 and based in Washington, DC, the National Business Aviation Association (NBAA) is the leading organization for companies that rely on general aviation aircraft to help make their businesses more efficient, productive and successful. The association represents more than 11,000 companies and provides more than 100 products and services to the business aviation community, including the NBAA Business Aviation Convention & Exhibition, the world’s largest civil aviation trade show.

Founded to serve the needs of
the private aircraft owner.

Twenty-five years ago founder George Reenstra organized a seasoned team of dedicated professionals with a wealth of knowledge and expertise in the management and operation of private aircraft. The ASG ADVANTAGE grants access to these resources to the private aviation owner and adds value to the ownership experience. The ASG Team of experienced pilots, skilled maintenance technicians, knowledgeable concierges and financial professionals work together to create custom solutions for each owner’s aviation needs.

To this day, we strive to manage your asset as if it were our own.

George is a successful businessman who began his aviation career in Vietnam distinguishing himself as an Army helicopter pilot. After service with the Army Special Forces and Navy Seals, he had the honor of acting as the pilot for Ronald Reagan from 1977 until 1980.   George’s military experience facilitated a successful career at Bell Helicopter and Sikorsky Aircraft as a manager in their Corporate Helicopter Sales Department. He has developed FBO operation throughout the US and completed aircraft transaction worldwide.  George is a founder of SAFETY OPERATING SYSTEMS and EVAS WORLDWIDE.  George served on the advisory board for the American Veterans Disabled for Life Memorial.

George founded AIRCRAFT SERVICES GROUP, in 1990 an FAA certified 135 Management company for private jets and helicopters with an emphasis on safety, service, and value. AIRCRAFT SERVICES GROUP and its clients benefit enormously from George’s experience as a military pilot and his years of leadership in the aviation industry.

Peter is a talented business aviation executive with over 10 years of aircraft charter and management experience. He has owned and successfully managed an FBO, aircraft management and charter broker company in the North East. His formula for success includes attention to detail and delivering ROI for aircraft owners. Peter’s relationships throughout the aviation world and his negotiating skills are an asset to our clients when acquiring hangar space, fuel delivery, and flight training. ASG’s future success is ensured by Peters finely honed management abilities.

Andrew represents the second generation of Aircraft Services Group. Son of founder George Reenstra, Andrew has spent the past decade working in Finance. He began his career at Lazard in their Institutional Asset Management Group. Andrew then spent 8 years as a Credit Derivative and Corporate Bond Broker for the InterContinental Exchange (ICE). He joined Aircraft Services Group in 2016. Andrew earned a Bachelor of Science degree from Cornell University.

Vicki is a seasoned accounting professional with over thirty years’ experience in the corporate accounting environment. Vicki joined the Aircraft Services Group team thirteen years ago and has earned her way into the position of CFO. Vicki prides herself in managing an accounting team that continuously produces accurate and timely information to both clients and management. Vicki has successfully achieved a high level of excellence and a great reputation with our aviation client and vendors alike.

Kerry is a seasoned charter sales professional with extensive knowledge of aircraft capabilities. Her expertise is evident when selecting an aircraft for a domestic or global trip. Kerry provides aircraft choices that fit the mission and budget while offering guidance through the aircraft selection process. Kerry is present for the arrival and departure of each trip, making personal contact with every Aircraft Services Group Client. Kerry leads by example, managing the Charter Team with an attention to detail that guarantees superior service for each Client.